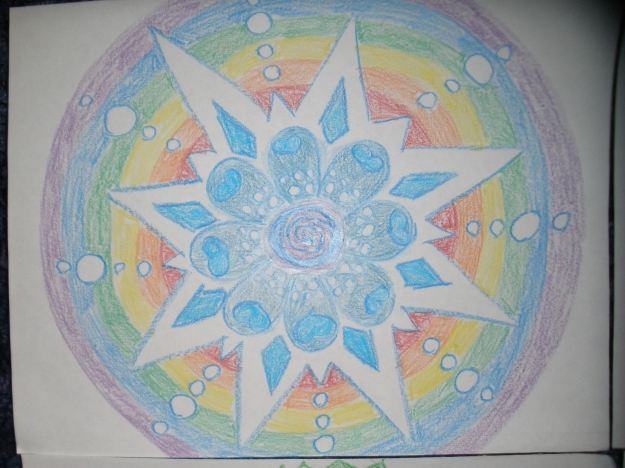 The first of 100 mandalas

After my bulletin boards became a regular part of my life, I began to see how visual art made me feel, and how others responded to it. While it was work, it was enjoyable. While I might not be one hundred percent satisfied with the outcome, viewers derived pleasure from it. One day, on a whim, I purchased the Crayola telescoping tower (one hundred fifty colors!) and drew a mandala, something that had interested me in college, but that I had never made a serious study of. 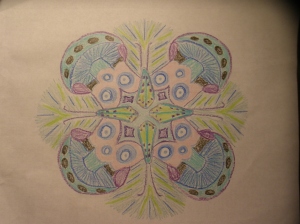 A caddisfly themed mandala for an entomologist friend

Mandalas are sort of spiritual maps, or maps of the artist’s soul, if you like. Drawing fast ones had always given me an idea of where I was, balance and focus-wise, and taking more care in creating them helped me see when to take better care of myself, to add more art into my routine. 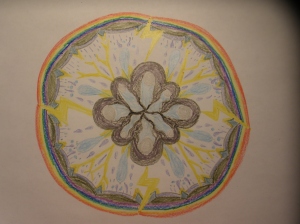 It’s unclear to me why this picture exists, since I didn’t enjoy the film Eraserhead in any way. My boyfriend at the time was a huge David Lynch fan. It’s 1991, most likely.

What I like about this next image is the style, where I worked primarily in chunks of gray, rather than lines. The subject was a guy in the year ahead of us at school, on whom my best friend had a bit of a crush. I only ever talked to him 3 or 4 times, but as the image shows, he was pretty cool for a high school senior.

In college, I did a lot of surreal art, often collaborative, with my then-boyfriend. Our style tended toward psychedelic and depended much more on color than anything I had done up to that point. However, I still sketched from time to time. This image is of that boyfriend, so it’s probably about 1993. At one point, I had an even lovelier nude I had done of him in charcoal, but sometime in the last 5 years, I mailed it to his wife, who seemed a more appropriate owner. 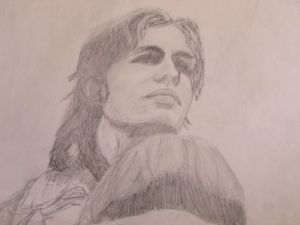 I sketched a fair amount in high school and college, and was able to turn out passable portraits that looked like the subject, but they took me a long time and eventually my art was limited to periodic doodles in the margins of things. Writing was my true calling, and doing that at least two hours a day as a teen and four a day as an adult cut into other forms of self-expression.

These sketches were all done when I was a junior or senior in high school, and while I find a number of completed images that I’m pretty happy with, there are also many unfinished portraits, illustrations I gave up on because I just couldn’t get them right.

Who is this? Fairly certain it’s another rock star, and that the sketch is good enough that the subject could be identified, but I’m not sure who it’s supposed to be. 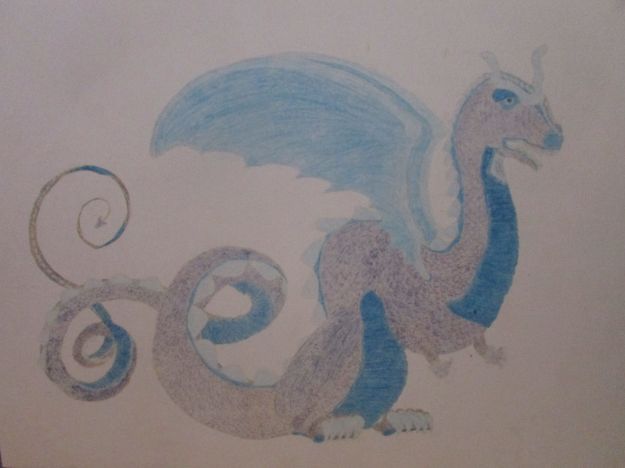 My sophomore year of high school I wanted some dragon posters to hang in my room but simply couldn’t find even one that I loved. I ended up drawing four myself, buying the colored pencils one by one as I required particular colors. This was probably the biggest art project of this period of my life.