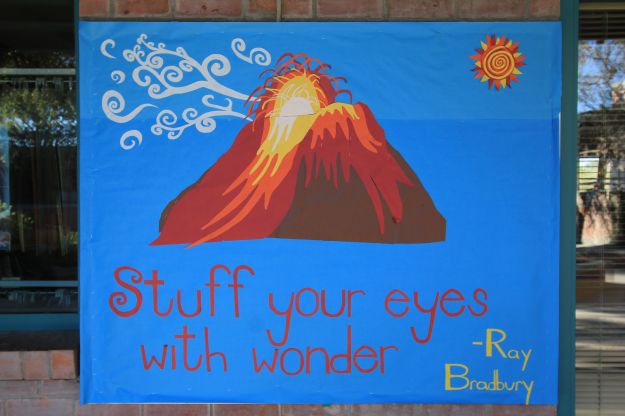 This dazzling gemstone celebrates the coming of spring and the heating up of the world. The idea of the volcano had been stuck in my mind for a while so I just went with it even though I didn’t have any idea of what that had to do with education or reading or springtime or really anything else. Of course, it’s the same volcano from Dragon Comics 65, which in turn is based on a pretty common photograph, but I can’t find the attribution. 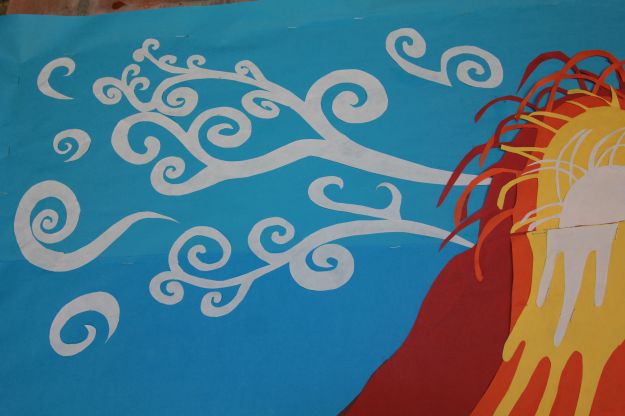 Closeup on the smoke

Once the volcano was up, there was a lot of extra space, so I made the crazy sun and the smoke. Time consuming but fun.

This piece took 3 days; the first day I did the background, the second day the volcano, and the third day was the sun, smoke, and text. I picked the quote the second day after making the volcano; really had no idea what words I would use until pretty late in the evening. The text is from Ray Bradbury’s Fahrenheit 451. 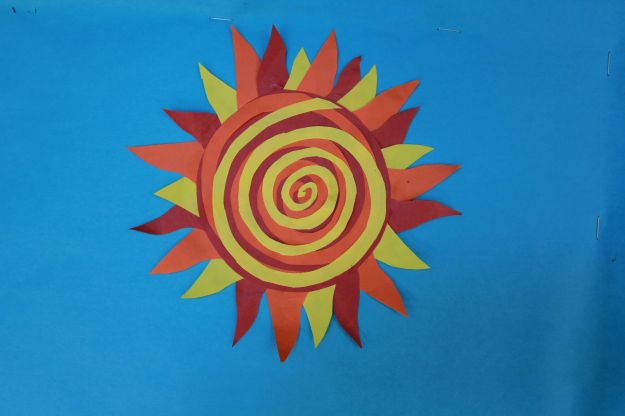 Closeup on the crazy sun