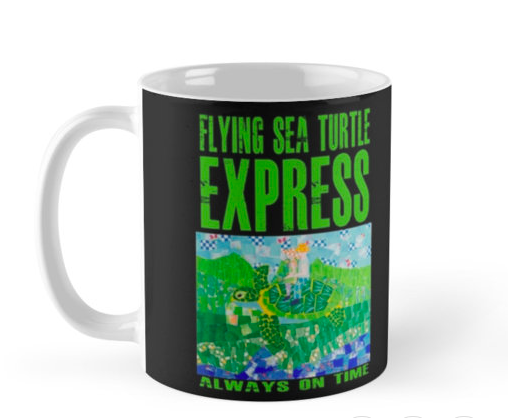 So much for going out with a bang. I did intend to finish up the week slash month with a real powerhouse of a depressing real life comic, but alas, it seems not meant to be. It’s almost midnight and I’ve only got about half the script nailed down. I lettered the part that felt certain, but even if I had the entire script, it would be 1 a.m. before I even started the illustrating part, which takes a lot longer. So, instead, please welcome the newest addition to the RedBubble QWERTYvsDvorak store: the Flying Sea Turtle Express. Get it on a mug!

Yeah, it’s the design from my sister’s wedding, but I thought it would look good in other formats, too.

It works as a poster, too. 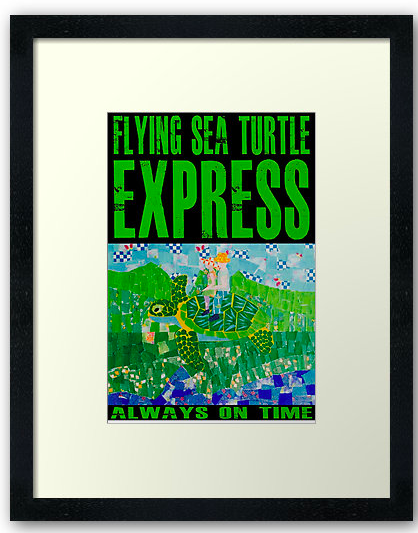 Hang it on the wall.

If you would like to peruse a wide selection of Flying Sea Turtle Express projects, including shirts, hoodies, skirts, and leggings, you can click here.

In the meantime, I’ll head back to my depressing comic and try to get the script worked out tonight and you can see it in November.