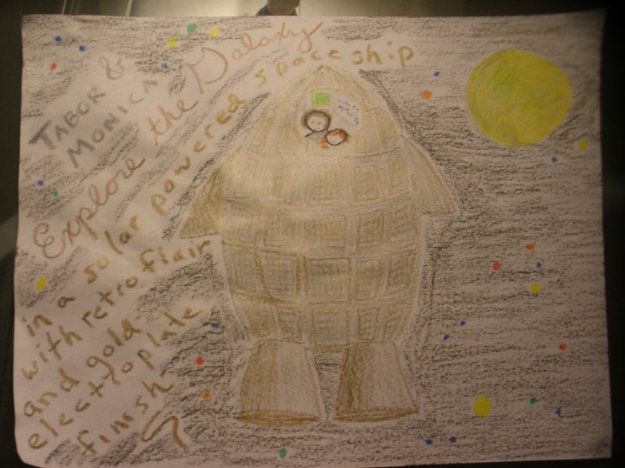 Early 2010, around the time my husband and I first moved in together and I had just started the mandala project. Some of the gold plate/lettering has turned green because my gold Crayola was VERY old and some of the old Crayola metallics used actual copper to get the metallic hue. So, literally, this drawing has begun to tarnish.

My natural style, I guess, is a bit cartoony. My people never look like real people, my subject matter runs toward the fantastic, and I tend to add a lot of words. I wish that my work looked serious, but this is what I have. The artist Phil Foglio (whose work I didn’t appreciate when I first saw it in conjunction with Robert Aspirin in the 80s, but later enjoyed on Magic: The Gathering cards, and now, naturally, adore on Girl Genius) is famously quoted as saying that his art career originally stalled because publishers found his work “too cartoony” (except for cartoon publishers, who told him he wasn’t cartoony enough) after which he and his wife won so many Hugos that they had to refuse the nomination to give someone else a shot at the award. 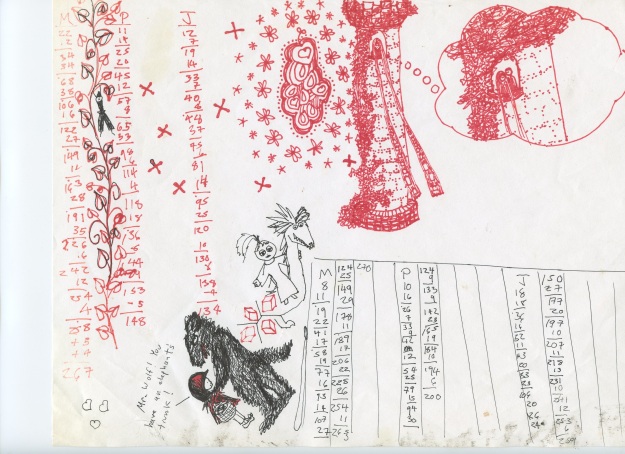 Absent-minded sketching during the world’s slowest Scrabble games. Jack and Beanstalk, Little Red Riding Hood, Rapunzel, a random chick on a dragon, and proof that I usually win at Scrabble. Rapunzel is wistfully dreaming of a prince, which suggests to me that I was probably single when I drew this. I’m guessing 2007 or early 2008.

Even when I wasn’t doing a lot of art, I was always doodling in margins. This kind of work is less polished, but sometimes it seems to have more life to it than some of the stuff I worked at. 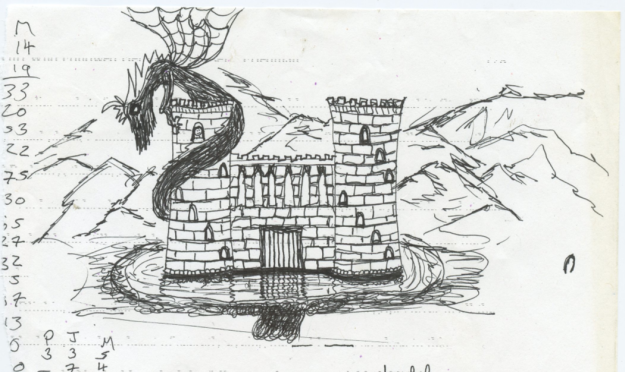 Another little piece of fantasy from the edge of a Scrabble scoring sheet. I won that game, too.

It’s almost a nervous habit; if there’s a pen in my hand, I want to use it. I think this is actually some of what Bantock was getting at in The Trickster’s Hat. If you can draw like this, without any attachment to the outcome, but a unshakeable attachment to the process, then you can keep yourself from getting hung up on whether or not it’s good enough and just make art all the time. I’ve dated a lot of engineers. The mechanical bit in the center here is something that a guy I dated was working on. When he finished, I added me as an angel and him as a devil to the design. Just draw on everything is my point here.