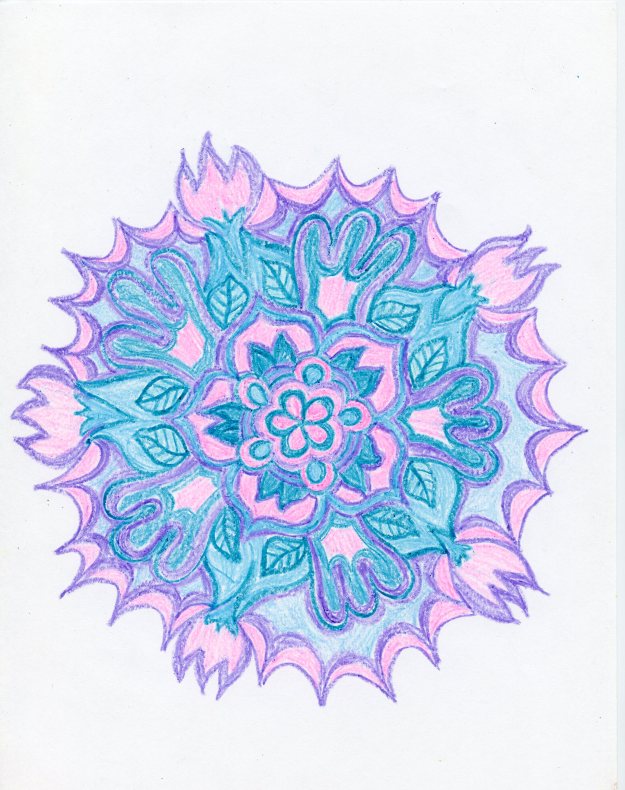 Nature isn’t interested in your idea of perfection and neither am I.

I get the sense that if you saw this plant in nature, your first instinct would be to reach out for it, upon which it would probably secrete some kind of digestive fluid on your skin and try to eat you. At the very least, it must be covered with a rash-producing oil. It’s fancy in order to lure you in.

It probably also eats bugs, and small frogs, from which it acquires the necessary chemical to produce its poison.

Obviously, it’s very late or I wouldn’t be sitting here making up stories about drawings of things that don’t exist. I think I had an article about comic book scholarship on Panels yesterday, but I don’t have the link as I’m writing this. Also, I received an ARC of Bonnie Jo Campbell’s new book, Mothers, Tell Your Daughters, which I’ve been asked to review for the Fondulac Library’s website, which is sort of strange considering I’ve never even been to Fondulac and don’t live anywhere near East Peoria. I do know a lot of people, many of whom are librarians and/or authors, though.

If you haven’t read Bonnie Jo Campbell, you should consider it. This book isn’t being released until October, I think, but her other work is most likely available in your public library.