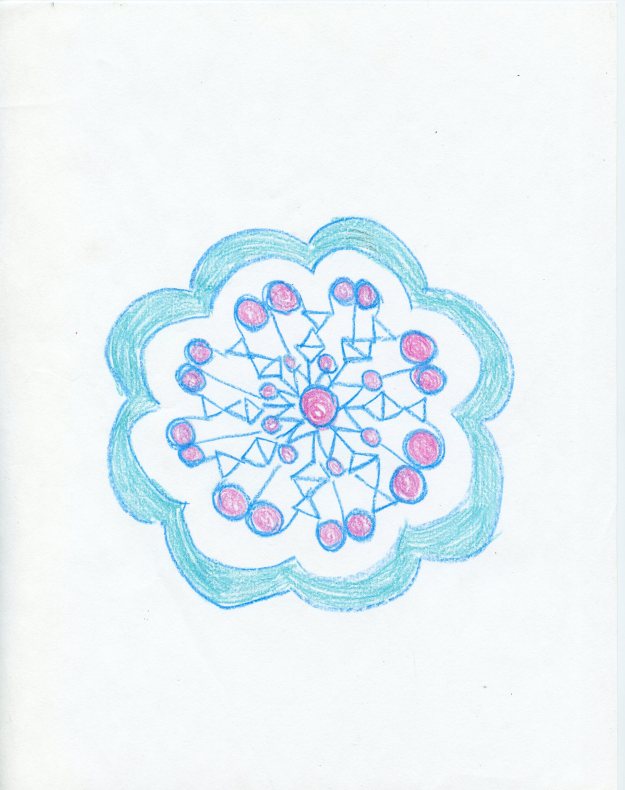 Look, I did very poorly in 3 semesters of chemistry, OK? You think you’re disappointed? Imagine how my PhD chemist father feels. Please don’t judge my canon on this 1 work.

No, this is not an example of my finest work. But this has not been an example of my finest week. The human brain is like a top-of-the-line luxury car. It comprises myriad systems that appear impressive when functioning correctly, but if the wrong combination of systems fail, it doesn’t take you anywhere, no matter how remarkable its appearance. Mine can only balance so many stressors and disappointments before smoke starts shooting out of my ears, à la a perverted carnivore encountering a nubile vixen in a Tex Avery cartoon. Then, of course, galactic law dictates that you must run in circles before dunking your head in the nearest body of water. Or vat of ale. Whichever is more convenient. This process becomes time consuming.

Remember when I used to spend my weekends creating a backlog of webcomics to ensure that every day’s blog post received the loving attention to detail it deserved? Now I spend my weekends worrying whether some nut job with the tape measure and the citation pad is judging my lawn unfavorably, and, of course, worrying about what I, an impoverished, self-employed adult human, will do for health care once the Comedy of Errors that we will soon refer to as our federal government starts turning its mismatched gears. And, of course, whether or not rock god Billy Gibbons in particular, and the universe at large, has it in for me. 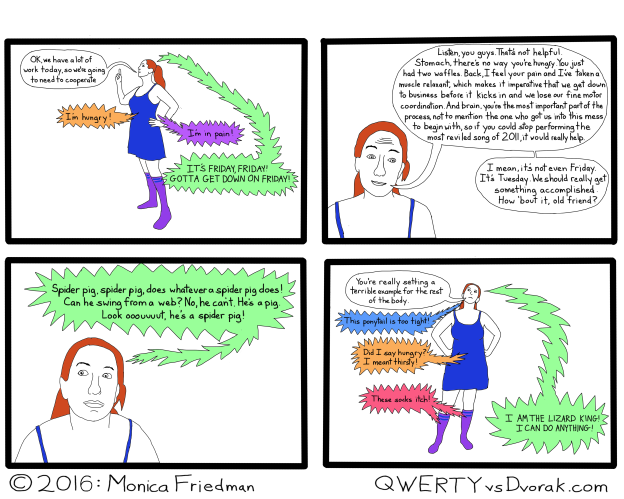 Anything besides time-sensitive tasks on which my future depends.

Yeah, my focus sucks lately. What can you do? I don’t tolerate caffeine or other stimulants at all, so I’m very much at the whim of my container. My poor, badly engineered, increasingly dysfunctional container, with its many worn-out parts. At least we’re all on good speaking terms. They’re not afraid to let me know when they’re unhappy. But according to the Facebook discussion from which I adapted this comic, everyone has these problems. Being easily distracted is universal.

Then again, the not easily distracted among us probably aren’t on Facebook.

This comic took forever because the Wacom tablet is getting wonky again. The power cable is touchy, and the pen keeps getting glitchy, and tonight something froze the entire keyboard and I had to do a hard reboot and lost some part of my work. How fortunate that I remembered to save as I was going along tonight. Sometimes I don’t. But in fact, it was the cable repeatedly disconnecting and the pen constantly increasing its sensitivity to the point of uselessness that reminded me to save.

Actually, I’d rather forget about the diagnoses I already have.

It’s late; I’m tired. Also, I have depression and chronic pain. And insomnia. But not, I’ve been reassured, early onset Alzheimer’s, although my grandmother and 2 of my aunts both died from it, so it could still happen. Until then, the only option is to soldier through the cyclical feeling that I’m down 2 or 3 standard deviations on the bell curve, intelligence-wise. Then I just remind myself of this classic scene from The Simpsons. Losing my perspicacity, indeed.

There would have been more to this blog post but it’s late, I’m tired, and I have depression, chronic pain, and insomnia. Oh! Here’s a good one; I also forgot to eat dinner. All in all, things have not been optimal. 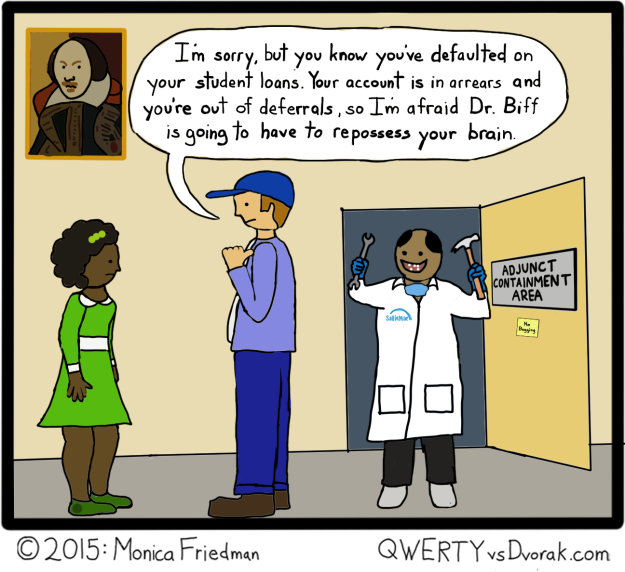 The Bard does not approve. Then again, the Bard never went to college.

This gag is actually an old joke of the Rabbit’s. We used to laugh so hard. What’s the worst thing that could happen if you default on your student debt? You can’t, as the expression goes, get blood from a stone. You can, however, get it from a head wound. But despite the central premise of The Merchant of Venice, there’s really no meaningful gain to taking a financial obligation out of a human body.

This comic is for the many, many people I’ve watched claw their way out (or not) of the rough burlap sack of the lowest levels of academia. The ivory tower is a sink or swim proposition. At this point, I don’t know that many people who are still adjuncting–most of them have gotten tenure track jobs or gone into some other lines of work–but I do know a few, and at one point I knew dozens. It’s basically thankless, low paying work that people do in the hopes that it will lead to more prestigious work with better pay and also job security, but it only works out that way for a select few.

Aside from The Man’s largesse and faith in me, one of the reasons I am able to do what I do is that I never had any student loans, since I am essentially 1 1/2 steps away from being a trust fund hippie. I mean, I don’t have the cash, but I do have the safety net. But I have friends who have been making well over their minimum payment for over a decade. I have friends who have been paying the same undergraduate education off for almost 2 decades. It’s crippling. You could get a mortgage in some parts of the country for what some people pay every month for the privilege of education.

In some places, it’s considered a right.

You can run. You can hide. But you can’t escape Sallie Mae and Freddie Mac. Or Dr. Biff and the Brain Repo Man. When we were kids, my brother was considered something of a math prodigy. He skipped the 9th grade to attend the Illinois Math and Science Academy and taught at the University of Illinois before he even finished his BA. While he was in college, he told me, laughingly, Paul Erdős’s statement about mathematicians being machines that turn coffee into theorems.

My brother went on to earn advanced degrees from some of the most prestigious schools in the world. On a recent visit, I mentioned that quote to him and he laughed, this time a little bitterly. He said that most mathematicians do their best work before they’re 25, and that if you haven’t had any brilliant and original thoughts in the field before 30, you’re not likely to, ever. It’s like your brain has lost same particular aspect of plasticity that allows it to uncover new truths about numbers.

That’s never been so of writers. It’s the rare author who has both a mastery of craft as well as an interesting story to tell before 30. Maybe authors don’t hit their stride until 40. It’s not at all unusual to come across an extremely talented person who didn’t even start writing until they had retired in their 60s. So age is actually an asset in this field. And I keep telling myself that. It’s not only the facility with words and the understanding of how to structure sentences, chapters, paragraphs, and stories. It’s also the vast increase in life experience: fodder to create stories. And this increases exponentially. I don’t only gain the experience of my own life. I also get the experiences of all the people I talk to, and all the characters in books I read and videos I watch.

There’s absolutely no reason for a person to feel as if they haven’t achieved enough. In the creative arts, your masterwork can still be in the future.